Born in Toronto and raised in Williams Lake British Columbia, Louis Helbig is an Ottawa-based artist specializing in aerial photography. He is a commercial pilot and a self-taught photographer. His work has been exhibited throughout North America and is held in collections in North America, Europe and Asia. His images have been published throughout the world.

His background includes professional roles with different public, NGO and private organizations in Canada and abroad including the Government of BC, Foreign Affairs Canada, CUSO and Sharp Wings. He has an MSc in Economic History from the London School of Economics and represented Canada as a member of its National Cross Country Ski Team.

Louis Helbig’s imagery is complex and contradictory. One critic has described his work as teetering between documentary and abstract. He has been both commended and criticized for how he depicts various subjects, finding beauty in the mundane as well as the controversial.

For further information on the Sunken Villages and Alberta Tar/Oil Sands projects see the following websites: 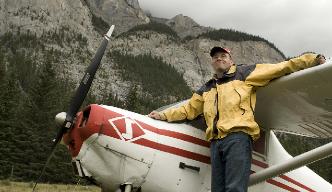